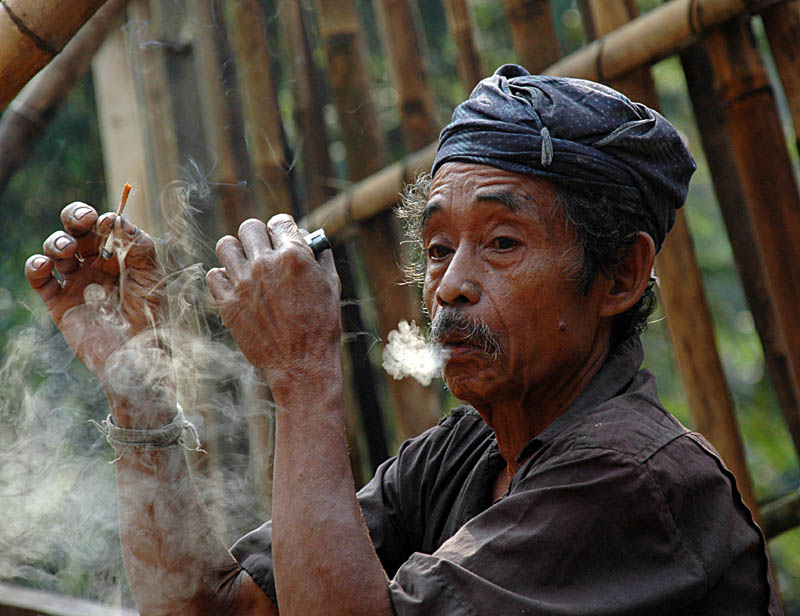 In the world fourth-most populous country, where nearly 90 percent of the people are Muslim an enigmatic Indonesian tribe – Baduy tribe (sometimes dubbed the Indonesian “Amish)- live deep in the remote highland jungles, of Mount Kendeng, west Java on area of 50sq km in isolation since the mid-1500s. And only 150 Km from capital Jakarta with few signs of modern development. Badui tribe live much as their ancestors did hundreds of years ago. Anthropologists think they may be the descendants of priests from the Java Hindu Kingdom of Pajajaran who fled into west Java jungle peaks when Muslim armies overran the region in l578, and forming their own religious clan based on strict adherence to unique religious beliefs, perhaps influenced in some ways by the Hindu religion of the Kingdom of Pajajaran before it fell to the Muslim invaders.
Their ancient, mysterious religion is core of their ethnic identity. Their rigid religion, a blend of animism and ancient Hinduism, has left them suspended in the past and cut off from the outside world. Anything modern is taboo. Electricity is outlawed. So is adultery, soap, four-legged animals, fertilizer, glass, metal cutlery, cutting down trees, touching money and changing the course of water, poisoning fish and touching the breasts of a virgin.
At the heart of their universe are the three villages of the Inner Badui, where residents adhere to the strictest form of their religion. The Inner Badui provides the Badui tribe governing elite and is famed throughout Indonesia for their skill at magic. Foreigners are banned here and few Indonesian outsiders manage to penetrate the inner sanctum. Surrounding and protecting this secret world are the 44 Outer Badui villages, acting as a buffer zone and a place of exile for those from the inner sanctum who break the rules. A serious transgression by one of the Inner Baduy, who wear white shirts to distinguish them, results in banishment to the outer villages known as “The land of sinners.” Today Inner Badui (Baduy Dalam), numbering only 350 in three villages (kampung) in the core area, is the strictest adherents to Badui spiritual belief, while the remaining populations live in the Outer Badui (Baduy Luar) area numbering only 6500. Inner Badui are not permitted to wear any cloth but the rough white homespun they weave themselves. In “the land of sinners” are obliged to wear only their homespun blue-black cloth, and forbidden to wear trousers, some of the outer Badui people now proudly sport the colorful sarongs and shirts favored by their Sundanes neighbors. Each of the three Inner Baduy villages is headed by a puun, a hereditary spiritual and temporal leader whose person is sacred. The land within Inner Badui territory is also regarded as sacred, and outsiders, including the outer Badui, forbidden to till its soil or settle there. Their huts have no furniture, and their possessions usually extend to a few utensils and minimal clothing, all of which they traditionally make themselves. They grow rice for food, and rely only on rainfall

for cultivation. Most Badui are illiterate because their religion forbids education. Violation of the most serious taboos can lead to permanent exile.
The language of Badui tribe is Sundane, one of 300 Java language spoken before Bahasa Indonesia is introduced in 1920’s. Badui live in the land they call Pancer Bumi, the center of the world, since the dawn of time. Inner Baduy villages take little interest in the outside world. Many never leave their secret enclave. Most only travel as far as a nearby market town, where they stock up on salted fish.
The Badui people are beginning to be influenced by developments in the world around them, trading activities have been a major catalyst for change, to meet their daily needs, the Badui have to increase their relationship with their neighbors. If supply of food is not adequate, the results can be, seen in one study, Badui society can actually collapses in 50 years as the population.
One Day Tour

We leave from carita Beach to Ci bolegar, with private cars take about 3 hours, Ci Boleger is limitation between Badui tribe and Banten province, we get lunch at the simple restaurant here, then countinue our jorney to Badui tribe, take about 1 hour to first Villages of Badui, names is “Kadu Ketug”, then directly to third villages names is Gazebo, Where we will stay over night Arrived here in the afternoon ,we can walk around villages to see interesting Bridge from bamboo material, then back to one of traditional house of Badui people, where we will dinner and stay over night, free program.

After break fast, we can see the activity Badui people then back to carita beach, arrived here around mid Day, Trip the End.

PS: For Overnite Baduy Tribe tour price will be informed. 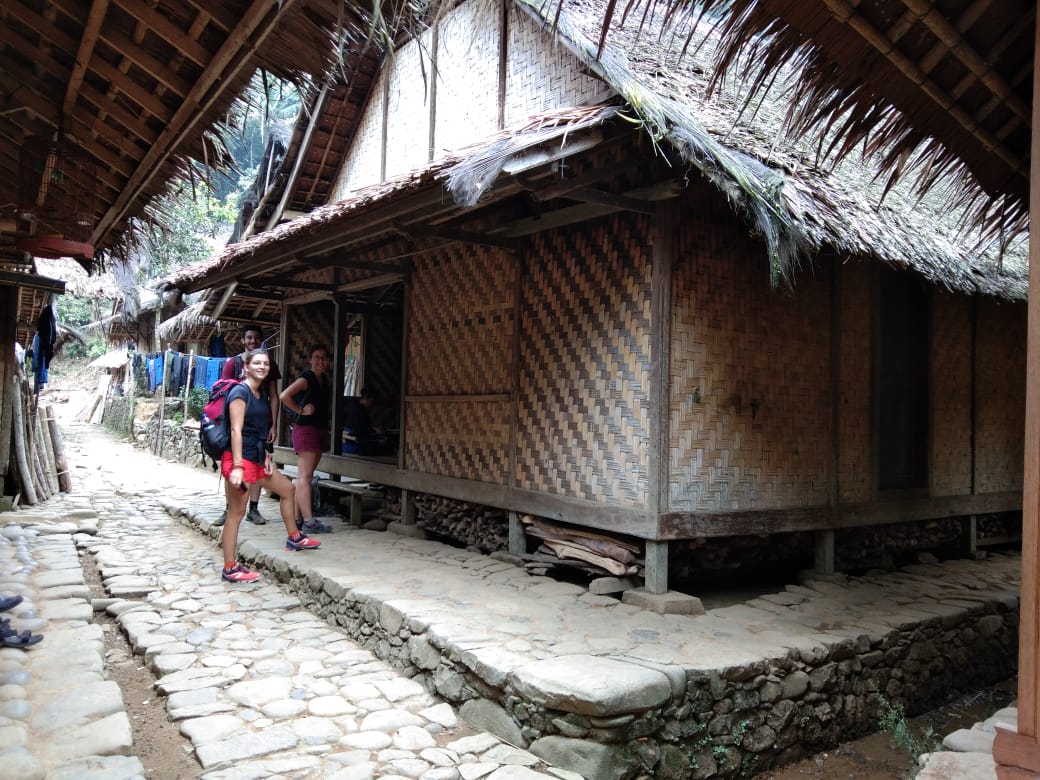 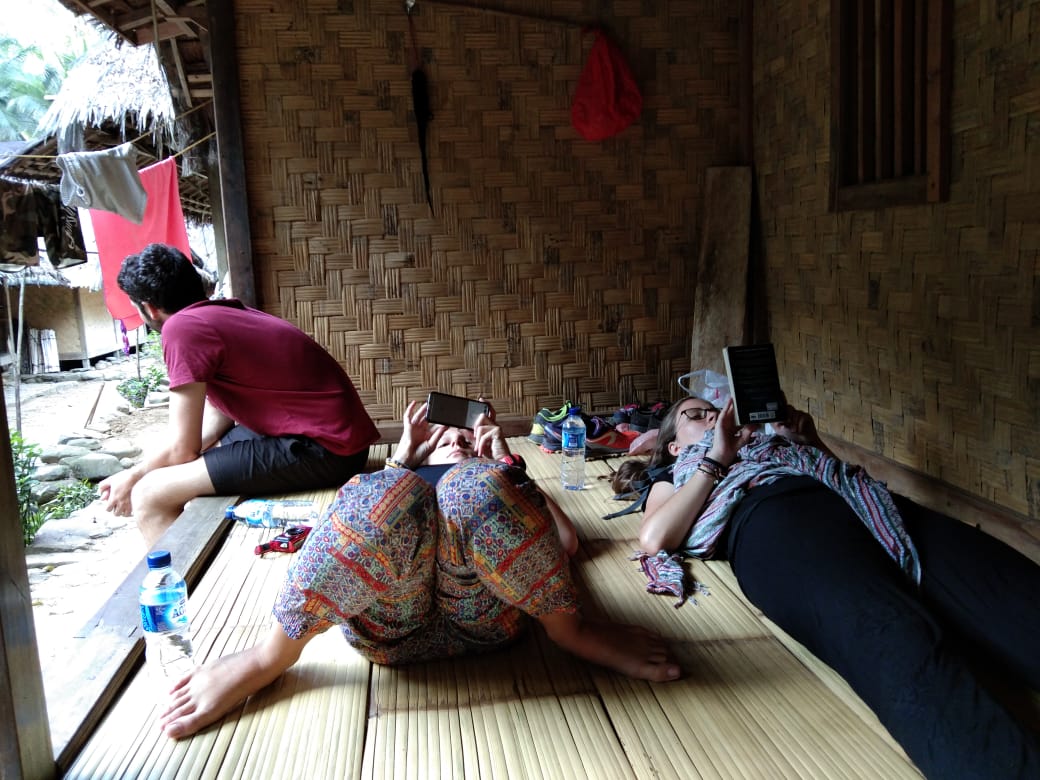 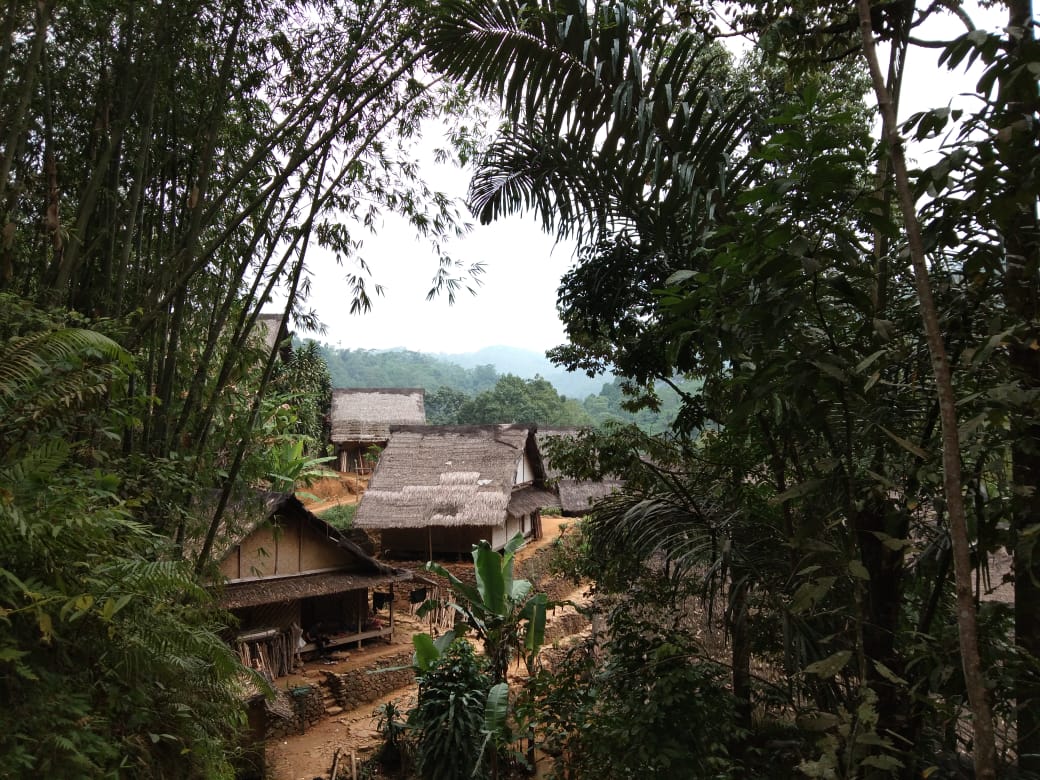 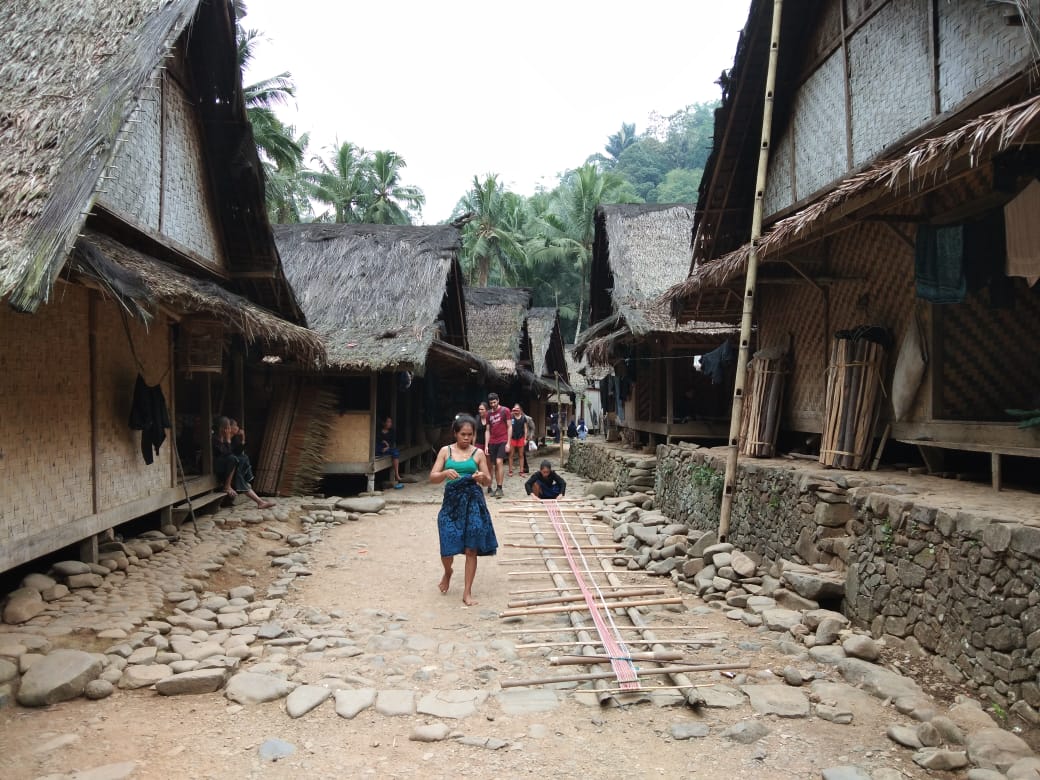 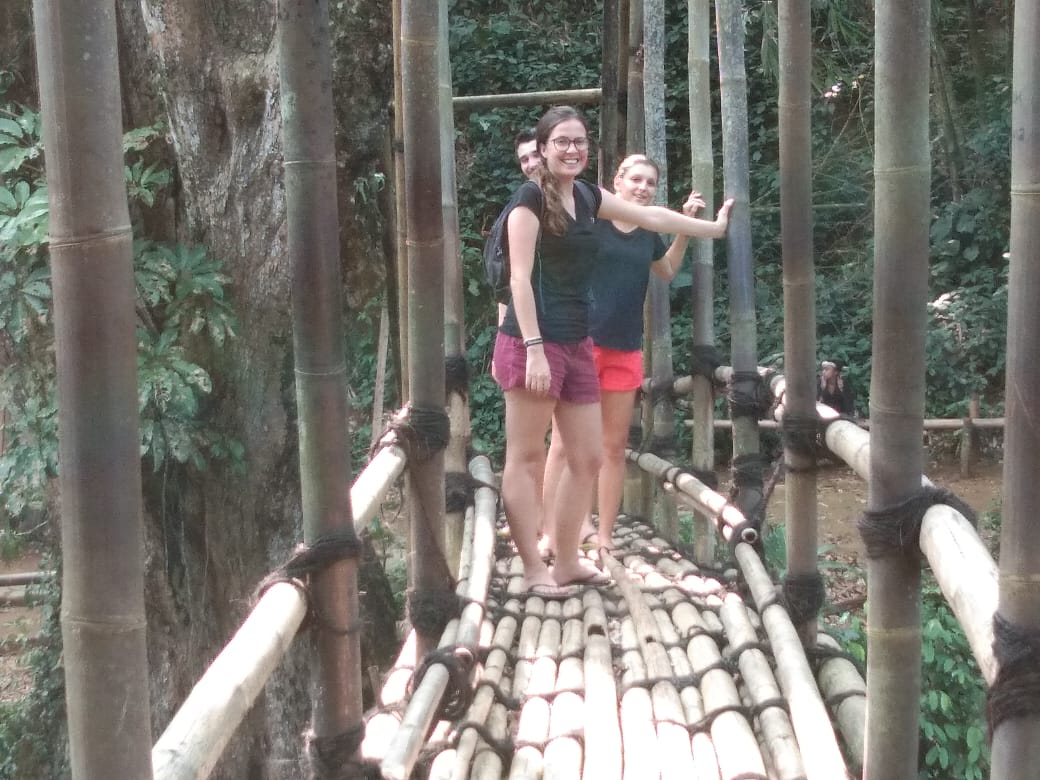 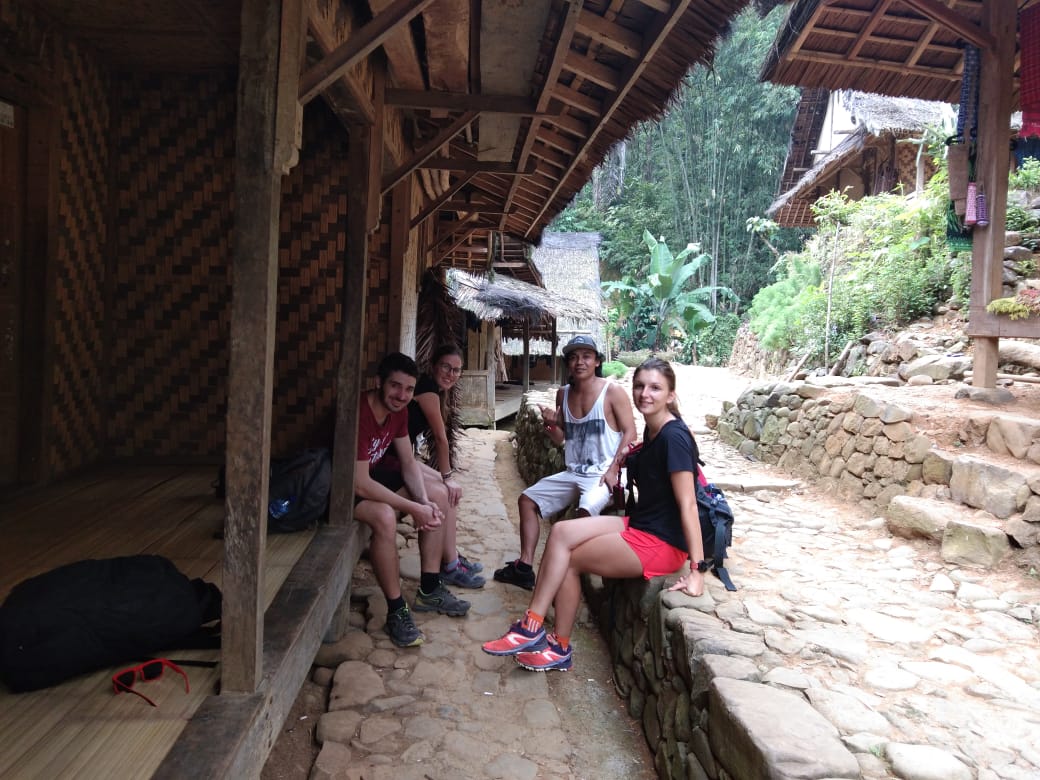 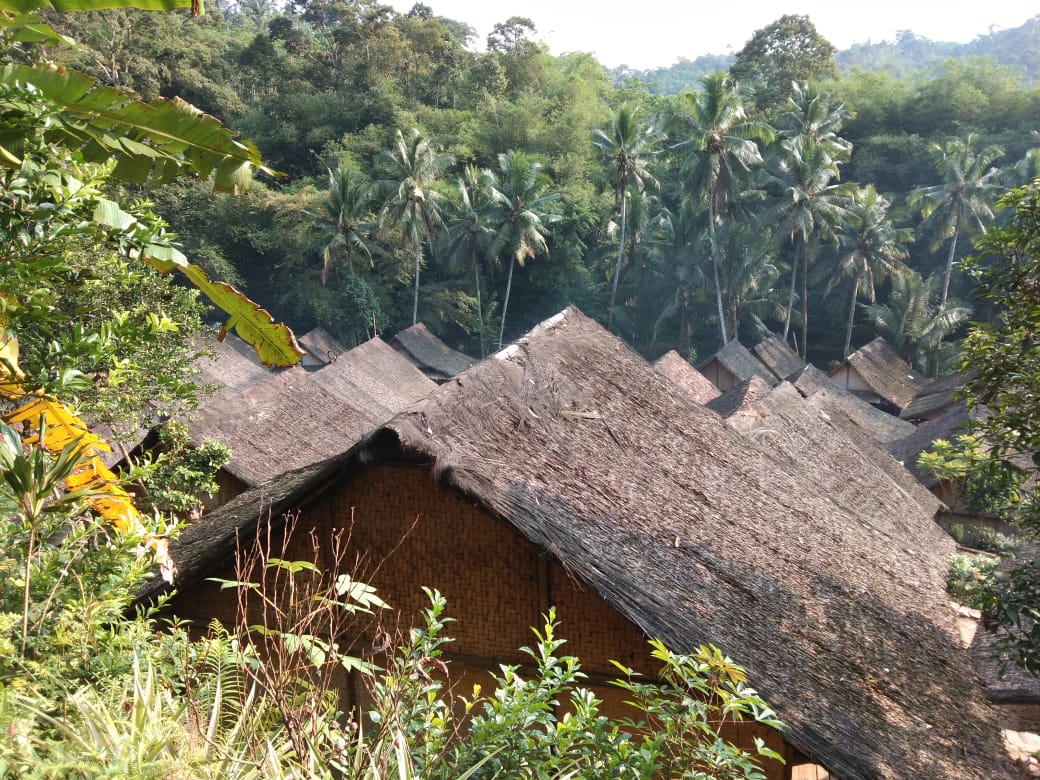 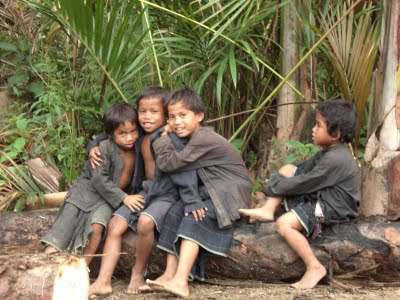