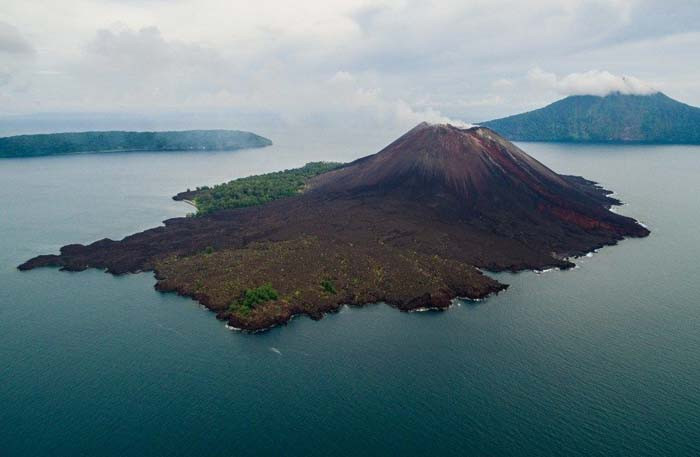 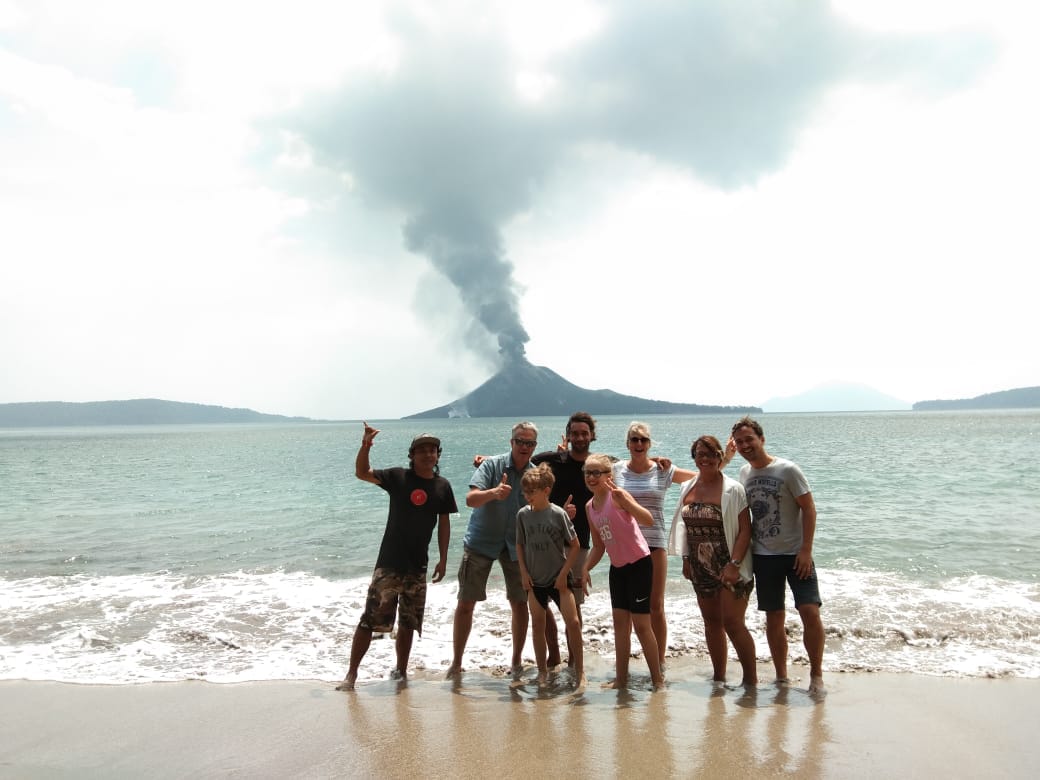 This tour is created for those that like adventure and expedition activity. Anyway, it is a safe tour. 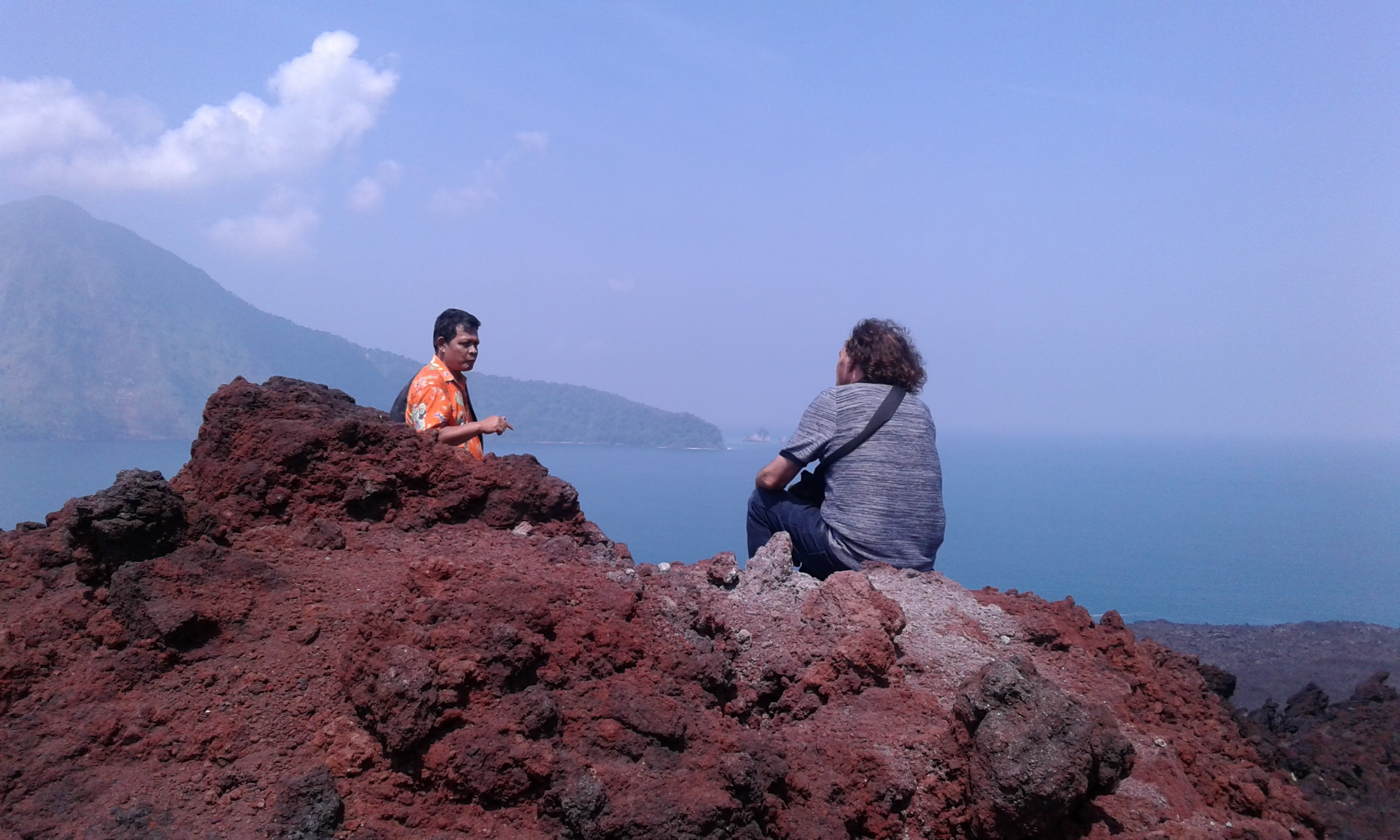 Krakatau or Krakatoa is a volcanic island situated in the Sunda Strait between the island of Java and Sumatra, in the Indonesian province of Lampung. The name is also used for the surrounding island group comprising the remnants of a much larger island of three volcanic peaks which was obliterad in a cataclysmic 1883 eruption, unleashing huge tsunami (killing more than 36,000 people) and destroying ovet two third of the island.

The explosion is concidered to be the loudest sound evet in modern history, with reports of it being heard up to 3,000 miles (4,800 km) from its point of origin.

The shock waves from the explosion were recorded on barograph around the globe.

In 1927 a new island, Anak Krakatau, or Child of Krakatoa emerge from the caldera formed in 1883 and is the current location of eruptive activity. Every year this island is growing higher about 4 meters. At the moment the volcano hight is more than 400 meters.

Pick up from hotel in Jakarta at 05 00 morning.

Trip to Anak Krakatau (active volcano) about one and half hour from Java beach by private boat with two speed engine. 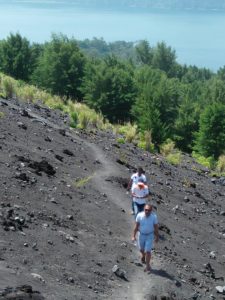 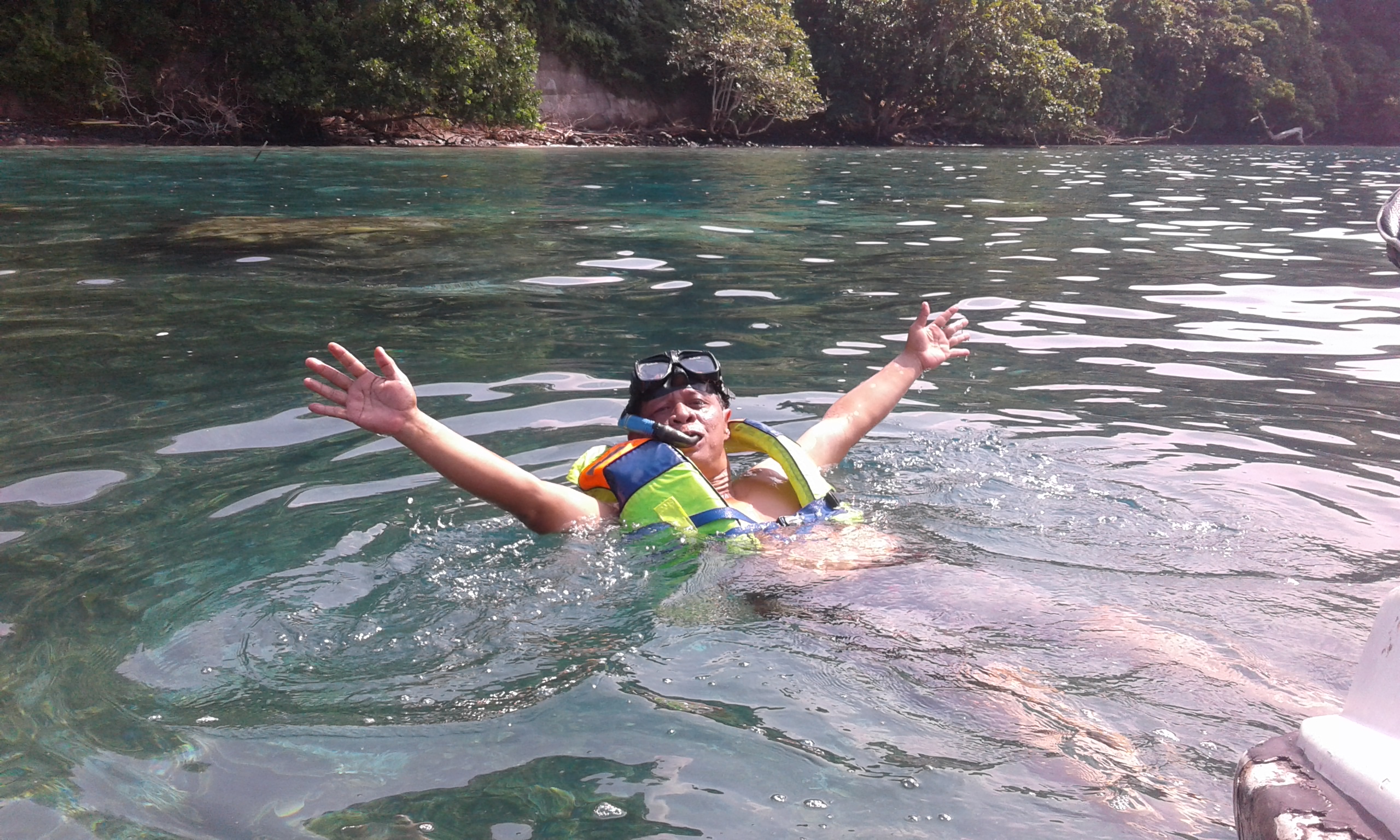 After having lunch with local food in Anak Krakatau the trip continue to Rakata Island for snorkling to see the beautiful coral reef and colourful marine fish. 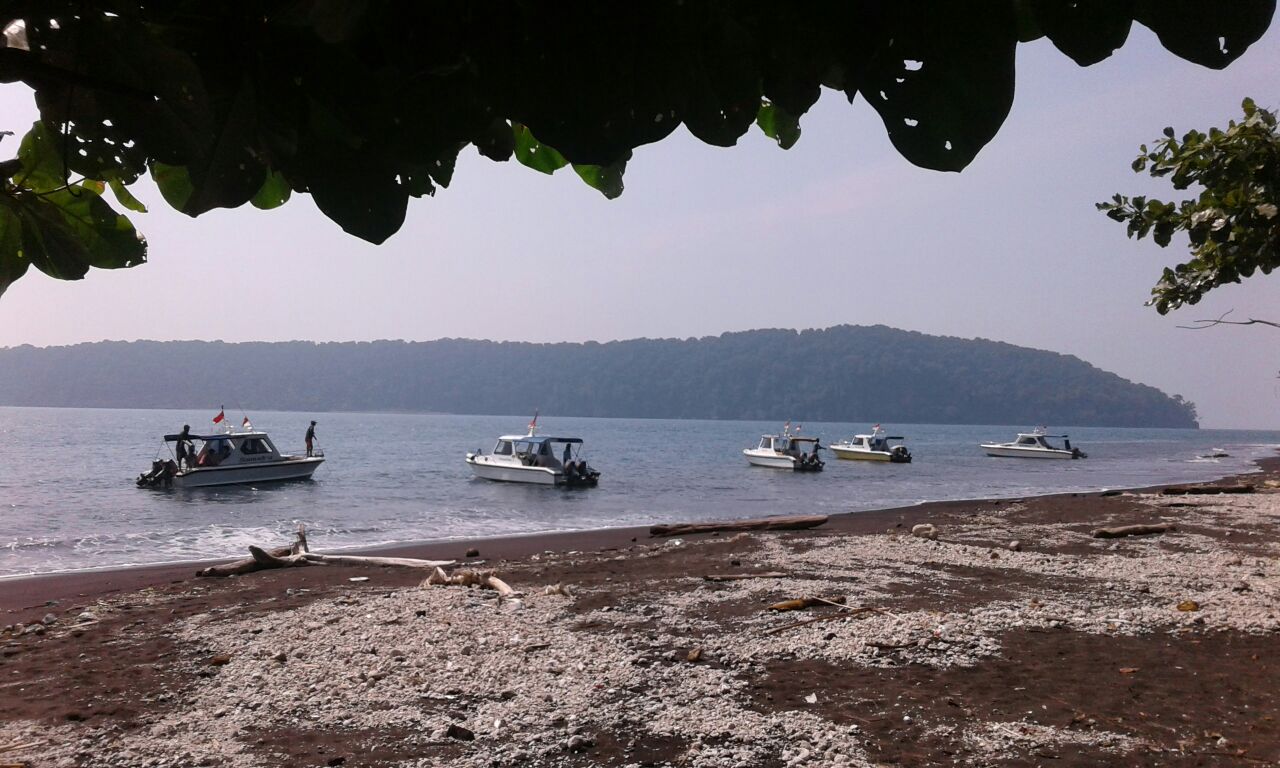 1883: Krakatau volcano in the Dutch East Indies roars to life with a volley of ever-increasing explosions. It will culminate the next morning with the loudest explosion in human history.

Krakatau (aka Krakatoa) had been rumbling and sending up puffs of ash since May 1883. The eruption turned deadly on the afternoon of Aug. 26, with the first explosion coming at 1 p.m. A column of black ash soon rose 17 miles into the sky above the Sunda Strait between Java and Sumatra.

The earth around and under the volcano continued to move, sending a tsunami out around 5 p.m. Others would follow.

Explosions continued at night, and lightning jumped between the ash column and the island. St. Elmo’s Fire played on a ship’s yardarms and rigging 25 miles away, ash fell on its deck, and explosions deafened its crew.

Just after 10 a.m. on the morning of Aug. 27 came the final, cataclysmic explosion with 26 times the power of the biggest H-bomb test. As Krakatau’s underground magma chamber emptied, the sea rushed in, at first sucking ships toward it in an inbound current. Then the 2,600-foot-high volcanic cone collapsed into the center, leaving little of the island above water and sending out a truly colossal tsunami.

Hundred-foot tidal waves (up to 130 feet in some places) scoured nearby coasts, obliterating hundreds of villages and taking more than 36,000 lives. Much reduced, the sea wave swept past the Cape of Good Hope into the Atlantic Ocean and even caused a measurable ripple in the English Channel.

The noise was heard at Alice Springs in the middle of Australia. Four hours after the massive explosion, 3,000 miles away on the island of Rodrigues in the western Indian Ocean, it was recorded as the “roar of heavy guns.” The sound was audible over 1/13 the surface of the globe, according to the Guinness Book of World Records. The shock wave registered on a barometer in London.

The final eruption also threw pumice an estimated 34 to 50 miles into the sky. Dust fell more than 3,000 miles away 10 days later. Islands of pumice floated on the oceans for months. Sulfur in the ash reacted with atmospheric ozone to scatter sunlight, causing vivid red sunsets around the world. Global temperatures dropped, and climate disruptions lasted five years.

The Dutch government and Britain’s Royal Society both launched investigations into the natural history of the eruption and its effects. These helped lay the foundations of modern volcanology.

Krakatau had also exploded violently in 1115, opening the Sunda Strait and eradicating the isthmus that once connected the huge islands of Java and Sumatra. A half-century after its 1883 explosion, Anak Krakatau, or “child of Krakatau,” emerged from the sea and now grows 20 feet a year.

Krakatau’s work in shaping our planet may not be over.

Image: Emissions from the 1883 Krakatau eruption generated dramatic sunsets around the world. The colorful skies inspired many sketches and paintings, like this one by England’s William Ashcroft.